Fables of the Reconstruction 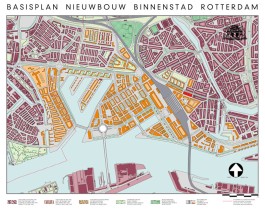 The participation fee for this Summer School is 500 euro. A discounted fee of 400 euro applies for those registered at an education institute. In order to make use of the student discount, you can send an email including your proof of registration to info[@]Schoolforthecity.nl The Studio needs a minimum of 8 participants and has a maximum of 20 participants. Those who register will be informed at least two week in advanced whether the course can continue. 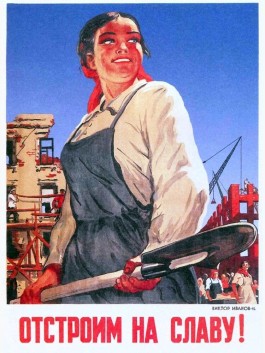 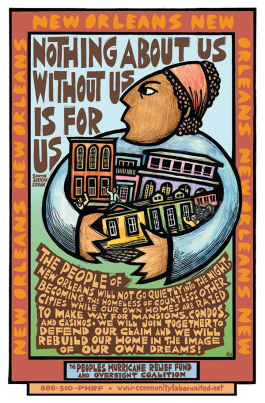 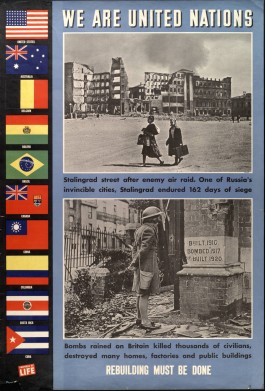 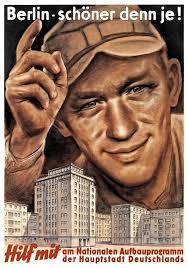 Rotterdam belongs to a category of cities that in recent history has been destructed. Cities in which the trauma of the destruction and the subsequent reconstruction have become an important part of their identity. This family includes cities like Warsaw, Aleppo, Dresden, Mostar, Skopje and Gibellina, Middelburg, Le Havre, all of them destroyed by war or natural disaster. Recently, also Mariupol and Charkov have involuntarily joined this category.

In this Summer School we will take you back to the destruction and the reconstruction days of Rotterdam, in order to better understand the urban concepts of those days. Because: no plan is more ideological and tells more about the hopes and the fears of a society than a reconstruction plan. But we also want to understand our own, contemporary urban concepts. What if we needed to make a reconstruction plan in 2022? What are our own hopes and fears we would want to project? Going back to the rubble of 1940, we will put ourselves in the shoes of urban planners and come up with a vision for the destroyed city. As always, we are looking at Rotterdam as a pars pro toto for other cities in the world. A city which still anchors its famed modernist, can-do mentality and its constant building frenzy in the fact that large parts of the city had to be completely rebuilt after the Second World War. This is not only visible in the city’s buildings and streetscape; next to the physical city, there exists an imaginary Rotterdam of post reconstruction rhetoric and the heroic myth of a city rising from the ashes.

Over the period of two weeks, we will look at the phenomenon of the reconstructed city mostly through excursions and field research to eventually speculate on alternative realities of the city. During the first week you will learn to ‘read’ and unravel the complex urban tissue of Rotterdam through lectures, cartographic research and excursions, guided by the historians of Crimson, Wouter Vanstiphout and Michelle Provoost. We look at the dominant narrative that is being told, but also into the less known aspects of the reconstruction. Because the reality of Rotterdam’s past is much more subtle than the rhetoric wants us to believe.

In the second week of the Summer School we will take the role of the planners in 1940, at the beginning of the war, when the scale of the destruction became clear. We will again take the clean slate of Rotterdam after the bombing in order to speculate on alternative realities, strategies and visions for Rotterdam. We will project our present ideas and ideals on it, creating a city which fits our contemporary needs and dreams. You don’t need to be an urban planner to participate; we will use whatever medium is necessary: from collages to axonometric drawings, from pencil sketches to written statements.

This two week Summer School will result in as many ‘parallel Rotterdams' as there are participants in the course, each of them representing a specific point of view, a manifesto even about the global question of how to reconstruct destroyed urban heritage. The cities will be shown to the public in an exhibition.

Tomas Dirrix
Tomas Dirrix graduated with honors in Architecture from Delft University of Technology, and has followed architectural studies both in Mendrisio, Switserland and Ahmedabad, India. Tomas worked for OMA and led the research and design driven office of Diederendirrix architects in Rotterdam. He co-founded Studio Ossidiana in 2014 and left the practice early 2017. In 2017, he founded his own architectural practice Atelier Tomas Dirrix after winning the Meesterproef competition for emerging architects from the Netherlands and Flanders (Vlaams Bouwmeester). The practice was awarded the Unfair Architect Award for the de­sign of the biennial exhibition with works of 40 young and prom­ising artists and recieved the Arc Young Talent award in 2018. Recently Tomas Dirrix has undertaken a series of artistic and research-driven projects at Thread, Senegal as part of the Albers Foundation and at the EKWC (European Ceramic Work Centre) in Oisterwijk, The Netherlands. Tomas is a teacher of the graduation year at Architectural Design at the Rietveld Academy in Amsterdam and has run various studios at Interiors, Buildings Cities/TU Delft and at various Academies of Architecture including Tilburg and Rotterdam. He is regularly invited for juries in the Netherlands and abroad.

The platform tells the stories of these buildings, people and events in several ways; through guided tours, exhibitions, lectures, social media and b y organizing the yearly Reconstruction Day. But the main medium for all these stories is their website. This is the place to find information about the reconstruction in Rotterdam! More info here

Tuesday 26 July 2022
Work on assignment and lectures and conversations

Wednesday 27 July 2022
Work on assignment and lectures and conversations

The Summer School is open for everyone who feels comfortable with the job description ‘Urbanist,’ from architects to sociologists, and from historians to artists. While we require a professional level of working an thinking the course is also open for ambitious (master) students. Click here to find out more about the previous participants and how they experienced our courses.