research and design studio on city development and the roles of architecture, property and capital 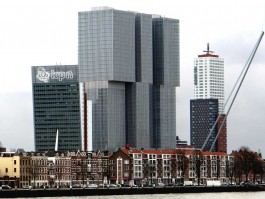 Since the start of de-regulation policies in the 1990 and the following rise of Neo-liberalism, architecture and urban planning have been increasingly influenced and dictated by capital markets, investors and private equity. If the financial crash of 2007 showed anything, it was that real-estate - and therefore architecture and urban development - had become fully intertwined with capital markets and the global economy. Over-fed on sub-prime real estate mortgages, the financial markets nearly collapsed. In the Netherlands, this crisis led to the unemployment of 50% of the Dutch architects and to 8 years of a near complete building freeze. During this period, the Dutch government (but also more governments in Europe) retreated even further from the role of initiator and client for architecture and urban development, leaving the initiative in real estate and the build environment to ‘the market’ and taking on the role as facilitator.

Now, with the real estate market back in full swing, it is becoming clear what these gradual changes have done to the way the city is being shaped. Market forces are indeed taking the initiative. The omnipresence of capital as a driving force seems to be a given. In many instances the role of the architect and urban planners has been reduced to that of concept designer of the development, often leaving out the classical roles of technical detailing and building site supervision.

In this two-week studio, organized in collaboration with Powerhouse Company, we critically explored and uncovered the role of capital in the way our cities and buildings are being shaped. We looked at the city through the lens of global capital in order to understand how we could use that view in order to shape our vision of a better city. We did this by using the classical economic analyses of the city by researching the roles of Property (land and real estate), Labour (in this case, architecture and design) and Capital (finance). During this studio we focused on Rotterdam, which, due to its partial destruction during World War II, has become a rich testing ground for real estate development experiments over the last 70 years.

The program run from Monday 21 October - Thursday 31 October 2019 and consisted out of five full days and 4 evenings, during which participants tookpart in a range of activities, including lectures, conversations with professionals, field trips, collective work, and presentations. The program was organized in two parts:

#1. Analysis: Property, Labour, and Capital in Rotterdam
The first part of the studio consisted of a thorough analysis of three extraordinary case studies in the city of Rotterdam: The Central Railway Station, the Schieblock and Baan Tower. As landmarks in the development of the contemporary city, these three projects represent different approaches to real estate and architecture: from a collaboration between public and private to a self-initiated project, to a seamless integration of development and design. A series of lectures and field trips led by professionals involved in the realization of the projects guided the participants towards an understanding of the hidden aspects of architectural production. Instead of focusing exclusively on the design of the buildings, we looked at how the three factors of property, labour, and capital have shaped the development process, from the initial idea to the completion of the building. Participants eventually extracted a series of strategic tools that were used in the process and summarized them through diagrams.

#2. Strategy: Hacking the Capitalist City.
During the second part of the studio, participants used the discovered tools related to property, capital, and labour to develop their own strategy for the city of Rotterdam. Starting from their personal fascinations and backgrounds, they generated an innovative plan to address a specific issue in the city of Rotterdam. Guided by tutors, relevant lectures, and conversations with professionals, they developed a strategy to implement their plans, generate profit and harness its cultural, social, environmental, or political cause against purely commercial thinking.  At the end of the studio, the participants pitched their strategy to the other participants, tutors, and a group of external critics and specialist.