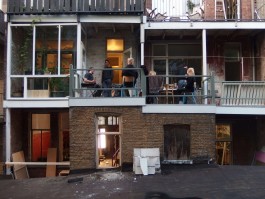 GET YOUR TICKETS HERE

During the summer school LET’S BE R€AL! we will explore alternatives for creating actionable living spaces for affordable rents. We will do so by means of a collective effort, and with a special focus on existing, vacant property. The Rotterdam collective City in the making (Stad in de Maak) will function as our external client for the studio. Together we’ll support them in finding a new location for housing, new models of ownership and new methods of collective city making – using the requirements for their initiative as a real-life case study.

Can we come up with an alternative for anti-squatting, and utilise vacant space for solving the housing scarcity? Can we use newly proposed governance models, such as ‘right to challenge’, ‘neighbourhood rights’ and the commons? Or work with alternative ownership models such as rent-to-buy and community land trusts? Combining these organisational, legal and social perspectives with design interventions  we aim to come up with a pragmatic method to create more affordable housing. 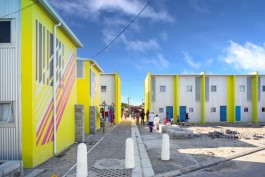 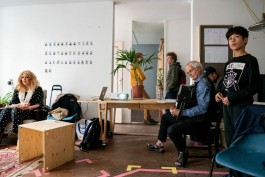 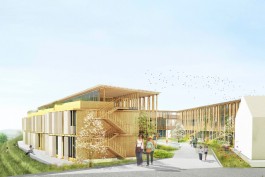 For this summer school, the Independent School for the City collaborates with architect Alfredo Brillembourg of Urban Think Tank Design Partners and experience designer Tessa Steenkamp of Bits of Space. We will build upon Alfredo’s worldwide experience of developing affordable housing, his research on the Torre David in Caracas, Venezuela, the ‘Empower Shack’ housing in Khayelitsha, Cape Town, and Tessa’s experience in building digital tools for citizen empowerment and collective decision making in Amsterdam, as well as the work of the School’s co-founders Crimson Historians & Urbanists in the WiMBY!-project in Hoogvliet, the Netherlands.

This studio aims to set an example for major cities worldwide, and proposes an array of solutions from different perspectives. The focus will not be on the aesthetics of a building, but is aimed at the development of new strategies and organisation models for housing. Based on the mission statement of Stad in de Maak, we aim to design a social alternative for the current anti-squat companies that have evolved over time as the predominant (for 90% of owners, the municipality included: the only) model for the management of temporary vacant property in the Netherlands. These companies have quickly come to the forefront of money grabbing entrepreneurship after the anti-squat laws (Wet Kraken en Leegstand) were activated in 2010, which by accident and/or purpose coincided with the financial crisis. The anti-squat business model is in fact a ‘protection mechanism’ against squatting, and as such actually a surveillance system. The people living in these buildings on super tight temporary tenancy, are not seen as tenants with the usual tenant protection, but guards (against squatting) that do not earn any income but have to pay for the privilege of living/guarding.

Many of these property cowboys have become rich overnight. That in itself is not a problem, but as a system it has become one of the motors behind our current precarious housing situation and it prevents value space from being used in its full potential. We therefore believe it should quickly be replaced by a more inclusive and social model, that functions better and creates a certain dignity and self-management power for the temporary tenants. That's why in this Summerschool we will develop a business model that uses the language of entrepreneurs and decision makers (they have to be convinced of the financial, legal and political feasibility), by should at the same time be a feasible  ‘alternative’ in which we show that vacant management can be done better: more social, more inclusive, more problem solving oriented, more fun!

During the first days of the studio, participants will be introduced to the Rotterdam housing market and its contemporary challenges. The tutors and guest lecturers will set out different perspectives on affordable housing, and highlight relevant case studies. After immersing into the topic, and having researched it from all possible perspectives, City in the Making will present their brief and specific requirements. In the second week, solutions will be explored and -if possible- prototyped and executed. The studio will result in a plan for taking back housing. Our research will be summarised into a manifesto on the need to use vacant space for (collective, affordable) housing, and our proposed solutions and experiments will be presented on site as a call to action. We will work towards an ‘un-solicited bid book’ that should convince  the municipality of Rotterdam  - by using the Right to Challenge – that the management of temporary vacant buildings can be done better and less expensive by the temporary tenants themselves. Should this work, we can then share the principle as an open-source business model for other cities, countries, the world. The Netherlands have invented these anti-squat companies, let’s also be the country from which to start the alternative.

The studio is open for everyone. We call for citymakers from all backgrounds and scales to join us: journalists, data scientists, architects, squatters, anti-squatters, urbanists, artists, real estate agents, home-owners, renters, developers, geographers – unite for housing!