School's Out! #22 with ALISON KILLING

We were very happy that Alison Killing was the speaker at School’s Out! #22 on Friday 28 January 2022. Alison is an architect, urban designer and geospatial analyst based in Rotterdam, working to engage people with the built environment, via the design of buildings and urban strategies, film making, exhibitions and events. In 2021, she was the first architect to win the prestigious Pulitzer journalism prize in International Reporting because of her work on the exposure of secret Chinese state camps in the Xinjiang region to imprison Uighurs, Kazakhs and other Muslim minorities. Together with reporter Megha Rajagopalan and programmer Christo Buschek, she identified the prison sites -simply put- by comparing areas on China's map tool Baidu Maps with images from external satellite data providers and by checking which areas were blanked out on Baidu Maps.

Alison talked about her interdisciplinary work as an architect and researcher and about how her skills in architecture helped her make a valuable contribution to the investigation of social issues.

Alison Killing studied architecture at King's College, Cambridge and Oxford Brookes and worked for a number of international design offices, including Buro Happold, Kees Christiaanse and several architecture and urban design firms in London and Rotterdam. She participated in a community design program called 72 Hour Urban Action and created Migration Trail, a story of two European migrants told through data. In 2010 she started Killing Architects, a studio for design and research in architecture and urbanism, based in Rotterdam. They use their skills to investigate urgent social issues, from surveillance in cities, to migration, to uncovering the secret networks of prison camps in China. By using maps and data they investigate and tell stories, develop new investigative and storytelling techniques and train others to use them too. 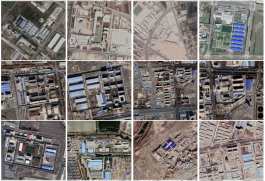 Satellite images as part of Killings' extensive investigation of China’s internment camp system, using publicly available satellite images, coupled with dozens of interviews with former detainees. The Dabancheng camp is one of the largest internment facilities, capable of housing more than 40,000 people. By comparison, the camp is about half the length of Central Park. 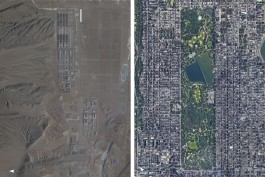