School's Out! #27 with Tjeerd veenhoven

In September 2022 we invited Tjeerd Veenhoven to give talk about his work! Tjeerd is a Dutch industrial designer who, with his practice Studio Tjeerd Veenhoven (STV), develops and designs sustainable materials and products from organic residual flows for applications in interiors, apparel and building project. STV has extensive knowledge of upgrading organic residual flows for applications in and around various sectors such as interior, apparel and building. For most STV is a design studio, using design as a driving force to speed up sustainable transitions. They design value chains, from raw material all the way up to product and the consumer experience.

Tjeerd is concerned with radical changes in the value chains from raw material to finished product. He tries to make connections between food and material instead of food vs material. For instance, they created SashiFungi, which is their interpretation of a textile made of fungi. The textile is made from thin slices of Oyster mushrooms which grow back together in 4 days thanks to the internal growth force of the foot, creating beautiful patterns. Tjeerd also uses other waste materials: he uses the head of tulips, which strangely have no economic value, and turns them into pigment through a mechanical and biochemical process. In one of his recent projects, he developed a new material for ProRail to make their station equipment more sustainable. Instead of concrete, he created a mussel granulate mixture that is mixed with a biobased binder.

Next to being a Dutch urban designer, Tjeerd Veenhoven is an accomplished lecturer on design thinking, social entrepreneurship, and sustainability. He is also part of the Tactical Design and Fashion groups at the ArtEZ School of the Arts, where he is leading various research initiatives on lignin, cellulose and mycelium.

On the 30th of September, Tjeerd gave a lecture about his working methods and recent projects, followed by a short movie handpicked by AFFR curator Jord den Hollander.

About Tjeerd Veenhoven
Tjeerd Veenhoven is a Dutch industrial designer, who studied at the Minerva Academy in Groningen from 1994 to 1997 and at the Hogeschool voor de Kunsten in Arnhem (3D design) from 1998 to 2000. His practice, Studio Tjeerd Veenhoven (STV) is a design studio, using design as a driving force to speed up sustainable transitions. Through self-initiated and commissioned projects, STV has acquired extensive knowledge about cellulose, chitin, starch and mycelium and has collaborated with many leading brands in making more sustainable consumption possible. 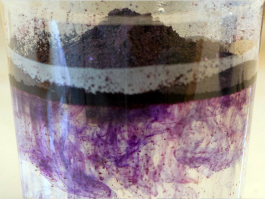 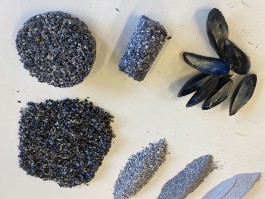 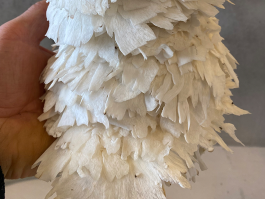