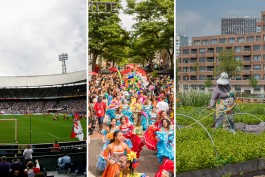 Many world cities boast of the number of ethnicities that make up their population, or of the number of languages spoken in their streets. But in reality, this way of defining diversity, does not do justice to the multidimensional urban dynamics of our cities and how diversity manifests itself. Our cities cannot be reduced to ‘144 ethnicities’ or ‘128 languages’

Recently the term ‘superdiversity’ was used by anthropologist Steven Vertovec as a way of looking at the mix of identities of our cities in a less reductive, less statistical way. Superdiverse cities like Rotterdam bring with them a next stage in the integration process, where ethnicity no longer is the most important let alone the sole factor with which people define themselves. Instead of the old dividing lines of ethnicity or language, superdiversity seems to create new connections. Communities also start being based on other factors like religion, profession, sexual orientation or neighbourhood, in which many ethnicities and languages are mixed. In other words: the simple pie chart of ethnicity becomes mixed up into a fluid composition of overlapping and mixing colours.

Such a transformation is nearly impossible to catch using the conventional bureaucratic and scholarly statistics. To see it we have to go on the streets, in the restaurants, listen to the radio and go on social media. In this course we aim to do just that: to do empirical research in a superdiverse part of your own city of residence with the aim to understand how (parts of) the city, its facilities and its public space are being used by many different groups of people. To make sense of it, to synthesize it in a new model of how the city actually works, we need to learn how to draw different kinds of maps. We will use photography and interview techniques to map the superdiversity of the city. Not so much the ethnicities of its inhabitants will have our attention, but the myriad ways in which the city is being used and experienced. Mappings and pictures together will help us in seeing our cities through the eyes of others. 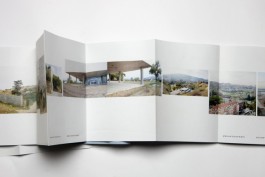 For this online studio the Independent School for the City has teamed up with visual artist Neeltje ten Westenend to map different perspectives of the street, explore superdiversity and how it is manifest in our daily environments. Basic tools are photography, observation, walks and talks. You will choose a street where you expect to find a great diversity of identities. We then ask you to unravel and unfold this street, to find out which shared spaces, languages, symbols and activities are to be found there. This work will be done by photography in combination with participatory research. We ask you to step up to people and engage them in conversation about what they are doing and how they are living. You can also hand over the camera to these people so they can take pictures of objects, places and people that are meaningful to them, to capture hidden, unlocked experiences and phenomena about how people live. Can we find out together what binds different groups?

During the course we use and develop different (Covid-proof) methods and strategies to get an as detailed as possible image of superdiversity in our streets. Returning to the field regularly, we aim to create a certain sensitivity towards people and communities, towards signs and languages.

The result of this studio will be a leporello (foldable booklet) of your street, in which you present your findings. After a first day of introductions and online presentations we will go into the streets during the weekend. Based on this first encounter you will make a photographic presentation of the whole street by photographing every building and public space. By printing these you will make a first leporello of this geographical line. This will be the base to work upon during the next days. At the same time we can zoom in and look more closely at the visual symbols and linguistic signs left on the buildings, the facades, and within the (shop) windows. We will try to read the streets, to discover the keys to micro-identities and maybe trace the emergence of new shared languages or customs.

After our first visual exercise, we will try to dive deeper and look for places we can enter. We will meet people, get involved with key players and learn from locals to explore the manifestation of superdiversity further. Where, for instance, do different people with different backgrounds, lifestyles and languages take their breaks and at what time? Which public places are visited and at what specific times? Where do people work, shop and go to school? What are the binding factors? By collecting and editing our (and their) photos, by making timelines and sequences, by conducting interviews and drawing routes, we will discover new ways of narrative mapping. We will add layers to the leporello and fill both sides of the paper. The final leporello will eventually be presented during the last Friday and published on the website of the Independent School for the City.

Neeltje ten Westenend
Neeltje ten Westenend (1975) is an artist and designer in the context of the public domain, based in Amsterdam. Interested in an anthropological approach within her artistic practice, she works on long-term research projects that operate as umbrellas under which a growing series of (choreographic) interventions, (film) installations, cartographic works and book publications is gathered. In 2003 she graduated cum laude with a BA from the Design Academy Eindhoven, majoring in Man and Public Space. In 2017 she graduated with a MA in Interior Architecture from the Sandberg Institute, Amsterdam. Besides the physical environment she mostly studies and portrays the social and narrative aspects implicated therein. Like a movie director, she develops scripts and studies in which the fields of architecture and urban design function as playground. A recurring theme in her work is the question how private identities become manifest in public. Her various projects include Perfect Day (2008), Contour (2013) and Tractordans (2014). Alongside her exploratory practice, Ten Westenend tutors at the Design Academy Eindhoven, where she developed the course ‘Mapping’ for first-year students.

Mike Emmerik
Mike Emmerik is school coordinator of the Independent School for the City and partner at Crimson Historians & Urbanists. He is educated as an urban designer at the Delft University of Technology and subsequently worked in the Faculty of Architecture as a teacher and researcher within the Chair of Design as Politics. Mike took part in various research and design projects at the intersection of urban development and policy-making and is affiliated with the Dutch Board of Government advisors from which he advises the Dutch central government and local authorities about issues related to urbanisation and mobility. He has been involved in various international teaching and design projects amongst others in Lebanon, Germany, Ghana and Cuba.

Arnold Reijndorp
Arnold Reijndorp Studied architecture at the TU-Delft. A growing interest in the social and cultural developments in cities brought him as a lecturer in urban sociology to the Sociology department of the University of Amsterdam, trying to bridge the gap between urban practice and academic discourse, for which attempts he was rewarded the Rotterdam-Maaskant price 2012. He acted as ad-interim professor of ‘Entwerfen und Architectursoziologie’ at the TU-Berlin and held the Han Lammers chair of ‘socio-economic and spatial developments of new urban areas’ at the University of Amsterdam. This resulted in various publications about Dutch new Towns and new approaches to public space.

Leeke Reinders
Leeke Reinders is an anthropologist who explores new ways of thinking, sensing and doing the city. In his research, writing and education his main interests are the anthropology of urban space as it relates to issues such as the meaning of home and community, the intersections of public, private and parochial space, narrative cartography and the relations between architecture and the everyday.

Maarten Laupman
Maarten Laupman is a photographer who studied at the Willem de Kooning Academy in Rotterdam and the York University in Toronto. He worked for magazines such Oor, Vinyl and Circuit. He also made photographs for the Vitamine K cooking book, Spicy and Zuid Kookt!