Living on the Southside 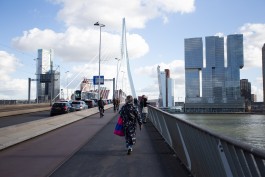 Register before 10 February 2023. The regular participation fee for this studio is 250 euro. We offer one free spot for participation by a Ukrainian applicant as part of the UNUN network. Also special fees apply for special situations. For more info please send an email to info[@]schoolforthecity.nl

Because of the port and its connection with the rest of the globe, Rotterdam has attracted people from all over the world for decades already. Nowadays over 170 different nationalities call the city their home and the population has become so diverse that Rotterdam has become part of a worldwide family of Majority-Minority cities - cities in which more than half of the population has a migration background. And, not just the number of nationalities has increased: as generations pass, also the diversity within the different migrant groups has become increasingly complex. Anthropologist Steven Vertovec calls this ‘Superdiversity’ as a way of looking at the mix of identities of our cities in a less reductive, less statistical way.

Superdiverse cities like Rotterdam bring with them a next stage in the integration process, where ethnicity is no longer the most important let alone the sole factor with which people define themselves. Instead of the old dividing lines of ethnicity or language, superdiversity seems to create new connections. Communities also start being based on other factors like education level, religion, profession, sexual orientation, or neighbourhood, in which many ethnical backgrounds and languages are mixed. In other words: the simple pie chart of ethnicity becomes mixed up into a fluid composition of overlapping and mixing colours.

During this studio - spread over two subsequent Fridays and Saturdays, filled with lectures, excursions, and conversations, with individual research and one collective Wednesday evening in-between - you will become acquainted with the terminology of Superdiversity and what it could mean for urban development. Participants will be introduced to different research methods. Next to desk research, we will go on the streets to observe and ask people for their ideas and wishes for a specific part of the city: the area which is branded as Feyenoord City 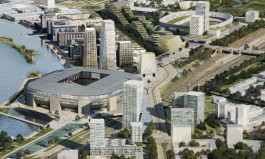 Now that Rotterdam has had to cancel its mega-sized urban development, Feyenoord City, suddenly an enormous opportunity has presented itself for Rotterdam South. This part of the city has from its very beginnings in the nineteenth century, always been a city that attracted lots of migrants. This resulted in a dynamic and Superdiverse population which consists of a kaleidoscope of ethnicities, religions and subcultures in a constant process of change. Now that the masterplan is done for, the future of an enormous site in the heart of Rotterdam south is empty of urban planning, empty of policies, empty of claims.

In this studio, we will use the area of Feyenoord City as a case study, aiming to imagine an entirely different development for this area. One that is not based on the investments of financial giants, or the megalomaniacal ideas of architects to realize the city’s dream of being a Manhattan on the Maas. Instead, we will try to imagine a city that is based on the kaleidoscopic area that lies around it. We will try to imagine a brand-new city center for the South of Rotterdam which is based on the superdiverse conditions of its population. A development that is based on what its inhabitants actually need and what they wish for.

*The official programme is spread over two subsequent Fridays and Saturdays and one Wednesday evening. Participants work on their own research in between, and can plan this how they see fit. A workspace is available in the school  for the complete period of the studio.