Worldmaking!
Cities and Architecture on the Cold War Frontier 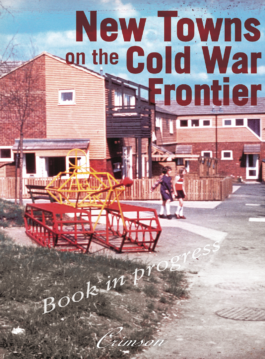 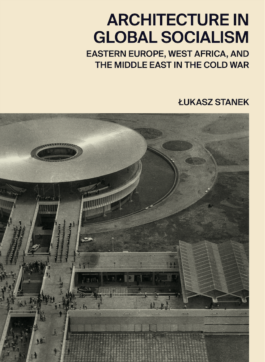 On the 5th of March, we organized a double book presentation and discussion, around two books dealing with planning and architecture during the Cold War period. One by Łukasz Stanek titled 'Architecture in Global Socialism. Eastern Europe, West Africa, and the Middle East in the Cold War' and the other by Crimson titled 'New Towns on the Cold War Frontier - Book in progress.'  After a presentation of both books, the authors will by joined by Reiner de Graaf (OMA) and Eva Pfannes (Ooze Architects) to reflect on their research and talk about the political background of working as a western architect in Africa and Asia then and now.

During the Cold War, architects, planners, and construction companies from socialist Eastern Europe were feverishly working in West Africa and the Middle East, motivated by political interests and economic rationales. At the same time, in the same hotly contested newly independent countries, planners and architects from the West, fuelled by American aid programs and charities, were building entire New Towns.

Both were responding to challenges of nation building, modernisation, development, and rapid urbanisation, while nudging the new leaders to accept their values and pay their fees.
Planners and architects from both sides of the Iron Curtain have left an enduring mark on the urban landscapes of the postcolonial world. A mark that is increasingly difficult to unravel and read, but huge and important nonetheless.

Prepared by the Cold War, the internationalization of networks within the architecture and engineering world has become even more ubiquitous. The models and technologies however, often bear a striking similarity to those used in the postcolonial Cold War period. Also, many of the design and planning models, abandoned in the West, continue being implemented and advanced in the Global South.