The Independent School for the City is a school in, of, and for the city. It builds on the conviction that strategies for the city - architectural and economic, spatial and social - should be based on real, first hand, empirical research. The Independent School for the City offers a variety of post-graduate educational programmes ranging from shorter one-day workshops and masterclasses, one or two-week studio's to an intensive 3 month programme on contemporary Urbanism. Below we'll give you and overview of our upcoming activities.

This intensive course in contemporary urbanism takes the modern city as its subject and Rotterdam as its testing ground. During 12 full weeks, we'll explore the inescapable contradictions and complexities of the modern city by bringing together different disciplines from historical research to artistic expression. Collectively we will explore the opportunities and challenges that lie ahead of us, but also look explicitly at the character of the city, which is not only defined by its trendy restaurants and iconic buildings, but also by its sharp edges. We'll embrace it as a place that can be old, new, dirty and beautiful at the same time. It is this complexity that we love, and which simultaneously poses challenges for our city. This intensive programme includes a series of lectures, excursions and workshops focusing on specific research methods and pressing social issues. Three thematic workshops will form the backbone of the course: Inequality in a Superdiverse City, Crime as part of a Global Network and Citizens of the Anthropocene. More info here 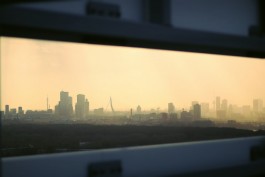 LIVING IN THE SUPERDIVERSE CITY

Because of the port and its connection with the rest of the globe, Rotterdam has attracted people from all over the world for decades already. Nowadays over 170 different nationalities call the city their home. The population has become so diverse that Rotterdam has become part of a worldwide family of Majority-Minority cities - cities in which more than half of the population has a migration background. And, not just the amount of nationalities has increased: as generations pass, also the diversity within the different migrant groups has become increasingly complex. This increased diversity, or Superdiversity, makes the city interesting, dynamic and attractive, but also creates social tensions. There are huge differences in income, housing situation and development opportunities between the various groups in the city. The spatial spread across the city is also beginning to show signs of segregation. During these two weeks, we aim to understand this Superdiverse reality through photography in combination with participatory research: observation, walks and talks. We ask you to step up to people and engage with them in conversation about what they are doing and how they are living, and to capture hidden, unlocked experiences and phenomena about their life. Can we find out together what binds different groups? - This workshop is organized as part of the Dirty Old Town Programme, but is also offered as a stand-alone course. More info here

CRIME AND CONTROL IN THE PUBLIC REALM

Over the past decades we’ve seen an increase of control and safety measures appearing in our public spaces. Some of them are clearly visible such as concrete barriers and fences, or disguised into flowerpots, sitting objects or other types of street furniture. Others such as surveillance cameras are barely noticed by the average city dweller, or completely invisible in the case of GPS-trackers or other sensors. While the measures might help to keep our cities safe, they also have an impact on the use of public space in terms of democratic performance and representations. Who is watching is watching us, what is done with the data, and until what extend does it influence our behaviour? During this studio, we will be mapping and visualizing this aspect of Rotterdam, while simultaneous look for ways out - This workshop is organized as part of the Dirty Old Town Programme, but is also offered as a stand-alone course. You can register for this studio as a stand-alone workshop here 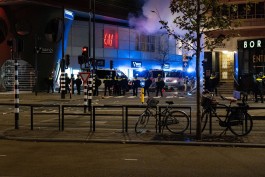 Just as many cities around the world, Rotterdam has the ambition to become green, sustainable and resilient. All around the city we see projects being developed to transform this car-dominated city, into an attractive and green environment for all its inhabitants, while simultaneously aiming to increase awareness about climate change and sea-level rise. But is it enough? During this thematic block, we’ll dive into the Anthropocene – the geological era marking the dominant human impact on the Earth systems. Through four philosophical viewpoints that one can have of this age of mankind, and while confronting the causes and effects of climate change, biodiversity loss, land-use change et cetera, we will try to bring the effects of our actions close to home, literally and painfully. We’ll use our collective knowledge and imagination to improve, layer and enrich our worldview, to understand our own cities and countries and to develop our own position vis a vis the new normal of the and how we as humans need or want to act. - This workshop is organized as part of the Dirty Old Town Programme, but is also offered as a stand-alone course. More info here 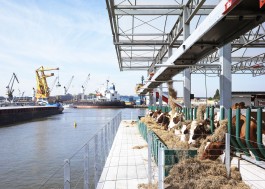 On Saturday 28 May, we are hosting a one-day workshop led by Wesley Degreef and Jasper van der Linden of BC Architects, exploring the possibilities of building with loam and local clay. BC Architects (Brussels Cooperation) is a collective of Brussels architects and artists, which has three organizational structures: BC Architects, an architectural design office in the normal sense; BC Studies, which researches how social design and architecture can contribute to the contemporary and global Zeitgeist in an independent way; and BC Materials, which uses urban mining to gather earth from building sites and transform it into circular building materials. During the workshop we will learn about the ins and outs of using Rotterdam's soil for the development of building materials. More info here 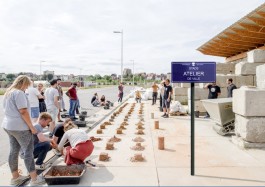